As I approach 700 hours (!) and an average 7 cuts a day, I realize I need better tools.  In the trimmer category, the standard for most barbers is an Andis detailer.  I have the Andis T-Liner with a Pro-Mate blade.

As I do cuts that include a lot of trimmer work (clipper bald, beard and mustache trims, etc.), I’ve realized how quickly it can heat up and how heavy it really is at just over a full pound. 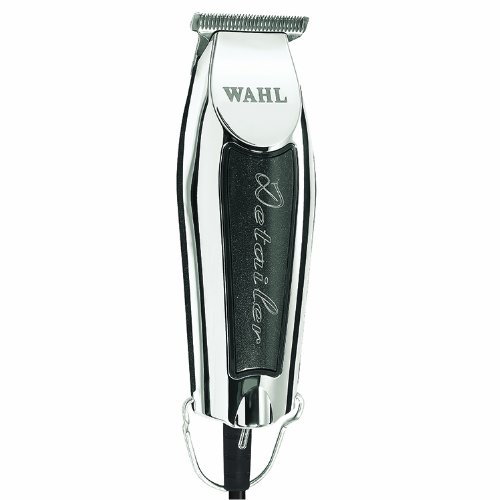 That said, I’ve seen other barbers using “mini” trimmers and was drawn to the Wahl Detailer.  It’s main differences that I like are the motor system and its weight; it’s only 9.6 ounces!

Here’s a cool info graphic from Andis on Clipper_Motor_Difference.

The two motors shown are magnetic and pivot.  The Wahl Detailer has a pivot which ultimately runs cooler (or longer before it heats up).  Very important to me.

The 1 pound Andis T-Outliner vs the 9.6 ounce Detailer may not sound like much unless you are the one using it for 45 minute to an hour.

The last feature I really like is its compact design.  After comparing, it is shaped more like a home trimmer (but with professional capabilities).  At a design level it is square (vs oblong or oval) and is just under 8 mm less wide than the T-Liner.

I found a super deal for just under $40 at Amazon.  In the grand scheme if I work better ergonomically that is worth it (and it supposed to be great for kids because it “tickles” less aka “vibrates”).

Check Out Our Pins